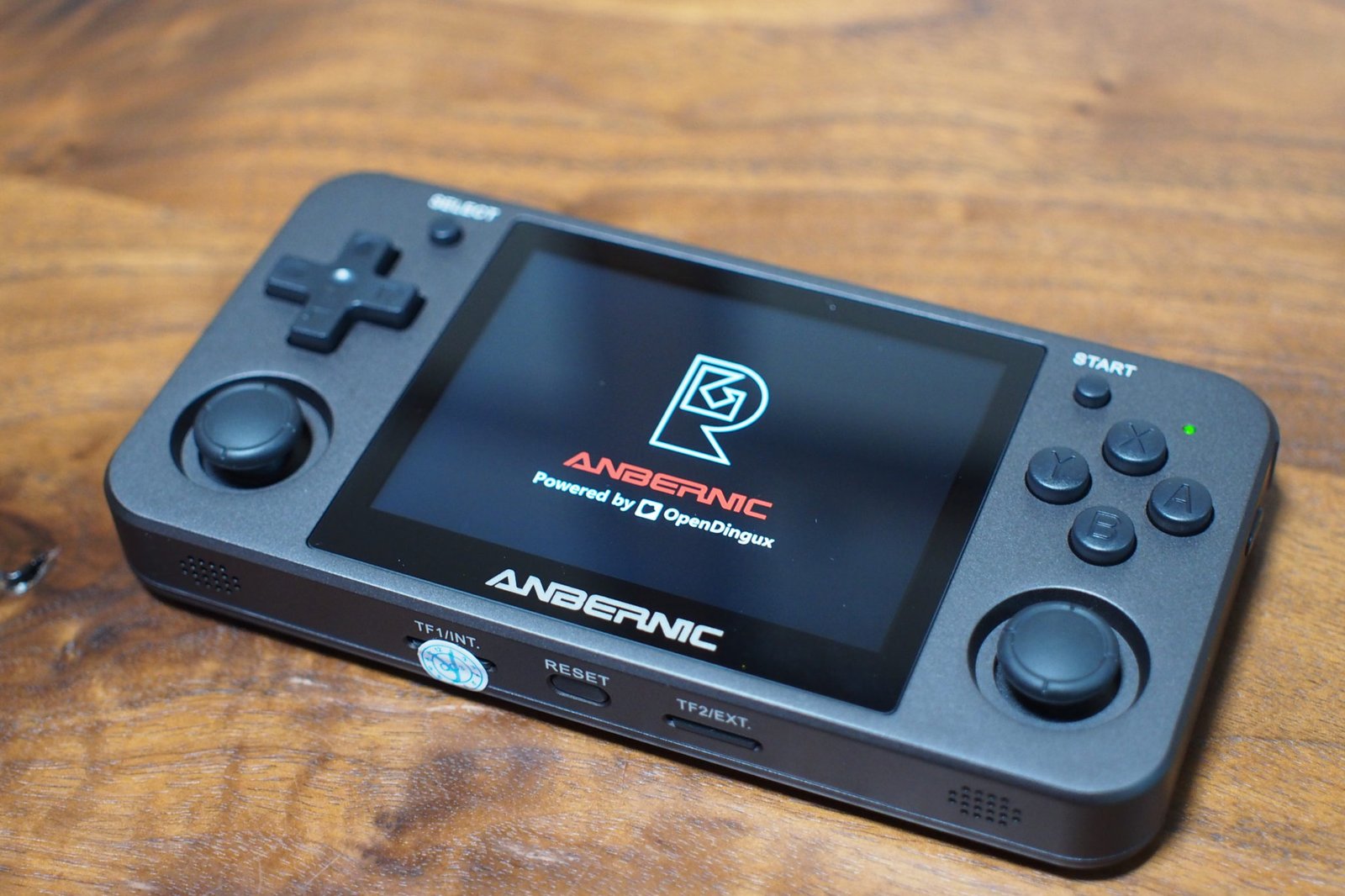 The RG350m (the “m” standing for “metal”) is the 2nd iteration in Anbernic’s RG350 lineup. The metal version showcases:

The listed features on this device are certainly respectable, but it can’t adequately describe the experience of picking up and holding the RG350M for the first time, especially if you’ve never held an aluminum console before. It feels like you’re holding a tremendously expensive piece of hardware. The shell is smooth and contoured. The screen is bright and crisp, and the buttons are firm, with no noticeable input lag. The L1+L2 and R1+R2 buttons are equipped with microswitches, which give the triggers an almost ASMR level of satisfying “clickiness” when pressed. Seriously… It’s therapeutic.

However, it’s not completely positive with this device. There are a few glaring imperfections that lurk below the surface of the RG350M’s flawlessly crafted exterior. Most importantly, the JZ4770 processor has been pushed to it’s limit since it’s release in 2019 and shows it’s age compared to the newer consoles released in the last couple of years. System’s such as N64, PSP, and Dreamcast are, unsurprisingly, out of reach on the RG350M. The Opendingux OS is capable of running good emulators but is still a little buggy, and without a custom front-end, is visually uninspiring.

On the device I recieved, the LCD screen panel has patches of small, but noticeable clouding when the screen displays a solid black image. Of course, these blemishes will vary between individual products, but it’s an unfortunate eyesore. When left in “sleep mode” for too long (the RG350 currently doesn’t have an actual sleep mode. The screen simply turns off, while all background processes remain active), upon awakening, a halo of discoloration can develop around the edges of the screen. Turning the device off and letting it cool, usually corrects the problem.

Despite stumbling a bit on it’s shortcomings, even years after it’s release, no other device currently on the market can match the RG350m in terms of build quality and features in the retro console emulation market. The 4:3 screen scales perfectly to fit the resolution of 3rd generation home gaming consoles. Although Anbernic’s newer “upgraded” console, the RG351m, also flaunts an aluminum build, it ditches the dual SD card slots, 480p 4;3 screen, and HDMI out port.  You will be forced to software scale your image to fit a 3:2 screen. 3:2 is the optimal aspect ratio for GBA, but you will lose valuable screen real estate for consoles that were originally presented in an NTSC 4:3. Despite the RG350’s older chipset, it can emulate the 3rd generation consoles as well as the most expensive Ryzen powered, super handheld. Dozens of systems are firmly in it’s wheelhouse, and can only improve when the Opendingux Beta firmware is officially released.

All of this, compounded by it’s bargain price tag, means the RG350m is a must buy for all retro gaming enthusiasts.

The RG350m (the “m” standing for “metal”) is the 2nd iteration in Anbernic’s RG350 lineup. The metal version showcases: An

How to Travel to Australian Forest

Over 100 animals seized from farm

We love Old School games and we are here to provide you with professional looking WordPress themes so that you can take your website one step ahead. We focus on simplicity, elegant design and clean code.

Contains all features of free version and many new additional features.